× This item is no longer available for purchase.
Active

The Beatles & Tony Sheridan - In the Beginning 2 LP Set + AUTOGRAPH 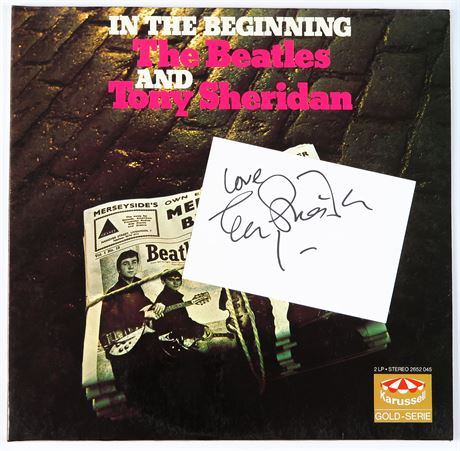 Payment Instructions
Please select your desired shipping method when checking out. If you are ordering multiple items, please contact us for combined shipping costs.

Shipping Options for: The Beatles & Tony Sheridan - In the Beginning 2 LP Set + AUTOGRAPH

The first album consists of 'The Beatles First' album and the second of recordings by Tony Sheridan.

All tracks on the album are the original Hamburg studio recordings in pristine true stereo.

Sold with a genuine Tony Sheridan autograph on a separate piece of white card.

Housed in an outer laminated gatefold cover, printed in German.

Both discs appear to have been barely played and the sound quality throughout is amazing.