× This item is no longer available for purchase.
Active 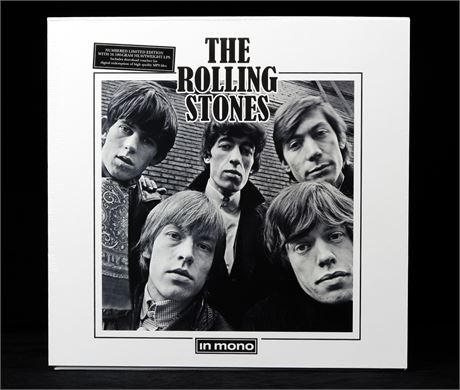 Payment Instructions
Please select your desired shipping method when checking out. If you are ordering multiple items, please contact us for combined shipping costs.

This magnificent 16 LP MONO box set dates from September 2016 and contains most of the group's British and American studio albums from the 1960s, remastered by Bob Ludwig.

The box also contains a 48-page boo with rare photos and an essay by David Fricke from Rolling Stone.

This set is still FACTORY SEALED but lacks its original mailing box.

100% Factory sealed with no splits/openings.